Are you ever worried about what may be seeping through your home’s pipes without you knowing? Or what effect these contaminants may have on your family?  Despite large technological advancements in the way the world filters water, water contamination remains a common problem. As a result, a number of viruses, bacteria, and parasitic contaminants are able to invade our homes and have the chance to infect our drinking water. This is often due to the different water sources surrounding a family’s home becoming infected.

The best way to avoid these contaminants is through the continued investment in water purification technology. These treatment processes ensure that families are receiving the safest water each time they turn on the faucet. Failure to avoid these contaminants can be deadly, which is why it’s particularly important to fully understand each and every one that your family can be exposed to.

If you were curious about how possible contamination could occur, here’s one example: the forecast for your area is heavy rain. A few hours’ worth of rainfall can result in the fecal matter from surrounding farmland to be pushed into local bodies of water. These rivers or streams could then become infected with E.coli, a bacteria that can cause unpleasant gastrointestinal symptoms. An even scarier scenario, one that occurs in the home, comes from poor maintenance of air conditioning and sprinkler systems. If not properly maintained or monitored, these systems are ideal environments for the Legionella bacteria to thrive. For those unaware, Legionella is the bacteria that is responsible for Legionnaires disease which has been known to be detrimental to an individuals’ respiratory system.

Unfortunately, the list of bacteria that can infiltrate the home continues. A more commonly recognized bacteria, for example, is salmonella. Typically associated with food, salmonella has also been known to be spread through certain cold-blooded pets that are kept in the home. In order to avoid some serious gastrointestinal symptoms, always disinfect after coming into contact with these animals. Less commonly known, but still as threatening, is a pathogen known as pseudomonas. Again, this bacteria is most commonly found in untreated water sources, so tracking it can be difficult. In addition to this, with such a wide range of potential illnesses that those infected can face, it is certainly not a threat to scoff at.

For more information on the types of bacteria that could be invading your home and threatening your family, review the featured infographic below. You’ll find additional strategies to combat these contaminants as well.

Chris Ebener is a mechanical engineer for LiquiTech, with a proven track record of diagnosing and remediating public water system issues of various sizes and complexity. Ebener is an expert on the biochemical makeup of facility water systems, system architecture and various methodologies of public drinking water treatment. 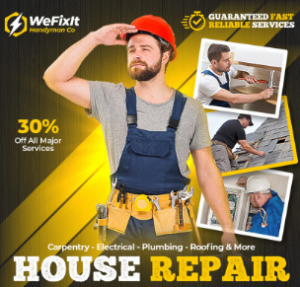